Being one of the powerhouses for electronic gadgets, you’ll expect Sony to deliver with its range of headphones. The Sony MDR-ZX110 is arguably the cheapest headphone in its product line, but what should you expect from one that costs less than $20?

I’ve got my hand on the classic MDR-ZX110, which has been around for years. Prior to testing the headphone, I suspect that there must be great reasons why the model has been on the market for years and is will chalking up decent sales.

In this review, I’ve put the headphone to test on both the laptop and the Android phone for a few days. I’ve used it for my daily activities which include watching TV shows, gaming, and music before writing this review. 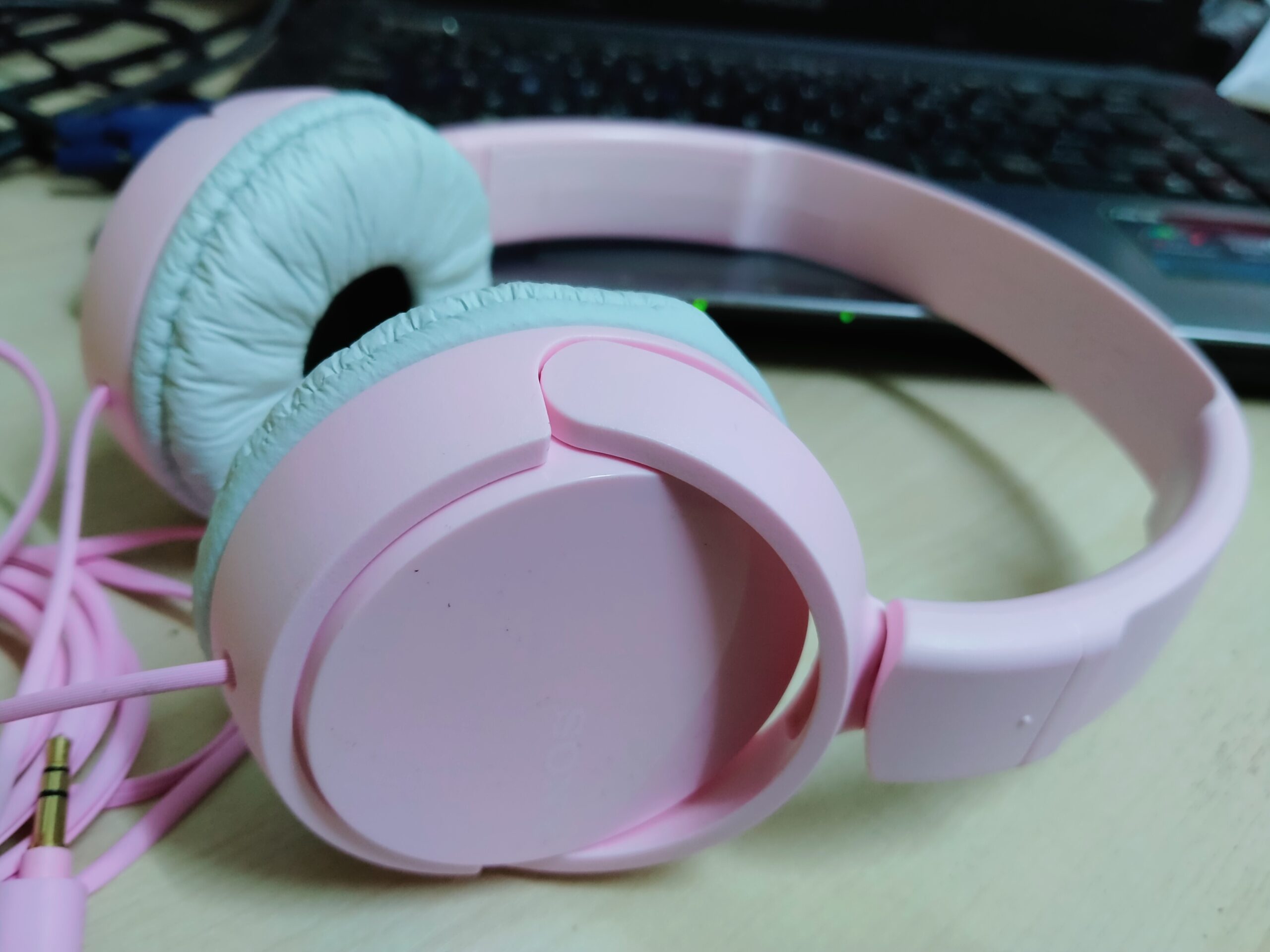 Whether it’s a headphone that sells for $20 or one that goes for $200, Sony must be commended for its sense of style. The MDR-ZX110 is one that captures the heart of young and modern headphone users.

With a matte-coated headband and glossy earcups, the MDR-ZX110 gives off an elegant vibe in its transparent box. However, as I picked up the headphone for the first time, I couldn’t shake off how ‘plastic’ like it is.

Both the headband and earcups are made with lightweight plastic materials. You can’t help feeling that the bendable headband might snap into pieces in a matter of time. Somehow, I believe it is meant to be flexible as a more rigid material could be broken easily.

At a glance, it seems the headphone is meant for people with smaller heads, but with the adjustable headband and partially swivel earcups, I have no trouble fitting it on my rather-large head. Sony’s innovation is also apparent in the earcups that can be folded inward at a 90-degree angle.

The earcups are covered with soft cushion-like material which gives off a paper-like feeling. Despite being a budget headphone, Sony uses a considerably thick cord that doesn’t get tangled easily. At the end of the cord is a right-angled plug that fits into a 3.5 mm jack on a laptop or smartphone.

Despite the adjustable headband and the flexible earcups, it is hard to ignore the fact that the headphone is on your head even if you’ve spent hours on it. There’s a degree of gripping force that will be slightly uncomfortable, particularly if it’s right off the box.

Perhaps the MDR-ZX110 is meant for people with average or smaller heads as the strain from wearing it keeps bugging me throughout music and movies. Thankfully, the headphone is an on-ear type as it prevents my ears from getting stuffy. 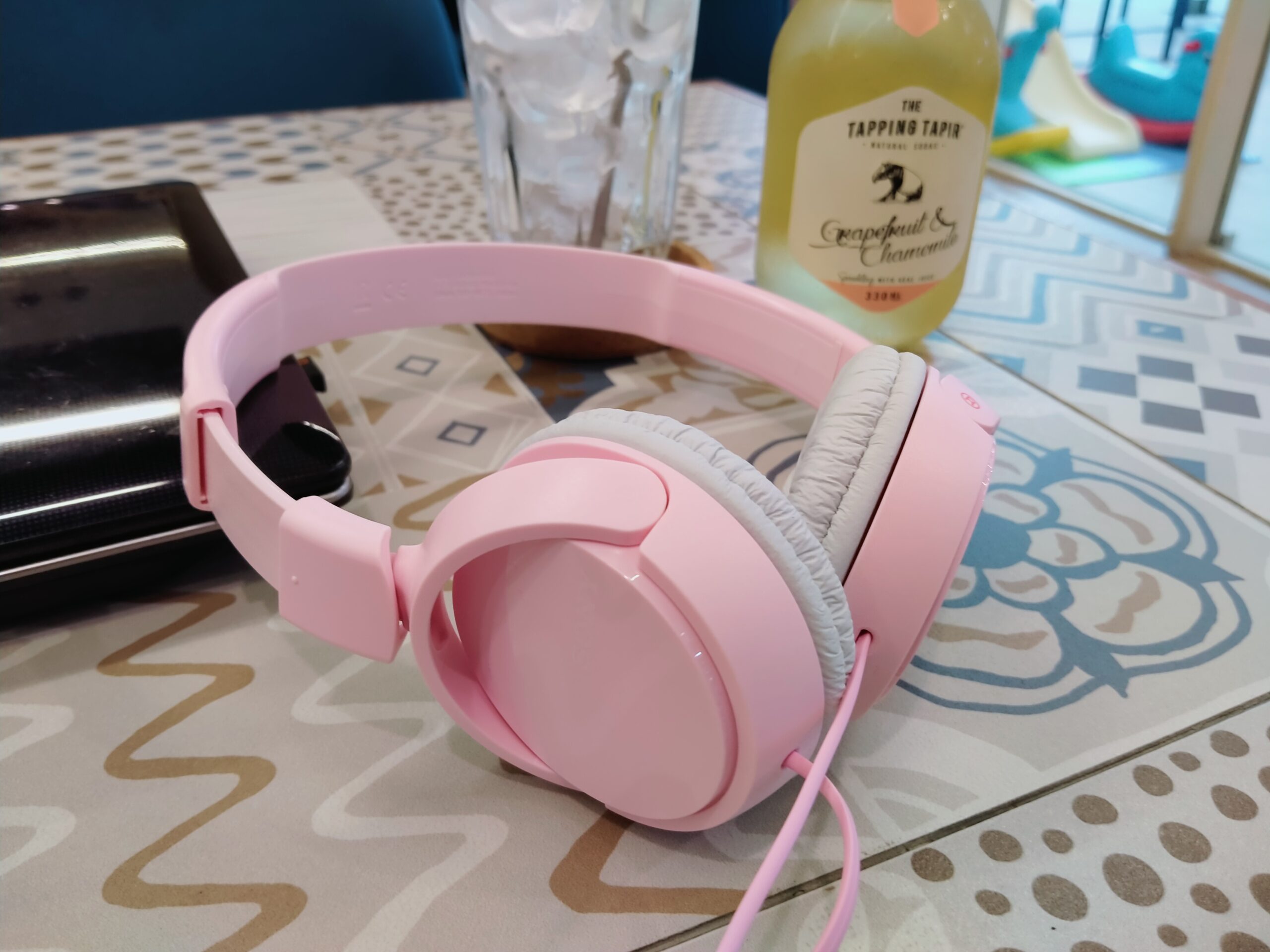 Because of the on-ear design, I’m keeping my hopes low for fancy bass performance from the MDR-ZX110. As I tune in to Seven Nation Army with the headphone, I was pleasantly surprised at how it picks up the drum beats in clear bassy tone throughout the song.

However, the lack of depth in the bass is obvious as the on-ear headphone couldn’t rival its over-ear counterpart. While I’m pleased with the bass rendering,  the same couldn’t be said on the higher treble.

Love Poem, a ballad sung by the popular Korean singer IU is one of my favorites, but the MDR-ZX110 failed to bring out the emotions of the high notes. The same ‘restrained’ treble is also noted on Speechless, as Naomi Scott brilliantly belted out the chorus.

If there’s an area where the drivers of the headphone shine, it’s how audible the instruments of the music are. I listened to the Piano Guy’s rendition of A Thousand Years and the harmonics picked up by the headphone are brilliant. Each note from the piano is crystal clear and the cello is perfectly reproduced by the headphone.

As the earcups fit right on your ears, you won’t get much isolation from external noise. I tried putting on the headphone at a cafe and the background chatters are disruptive to the listening experience.

Often, I’ll have one headphone for my laptop and another earbud to pair with the smartphone. The Sony MDR-ZX110 has a 24-ohm impedance, which means it may just work on your smartphone for casual listening.

On the laptop, I manage to get good clarity with only 50% of the volume. On my RealMe 5, I’ve managed to get the headphone to work by tweaking the volume almost to the max. The amplitude couldn’t beat 8-ohm earbuds but it functions to a certain extent.

Gaming with the MDR-Z110 is a surprisingly pleasant experience. I’ve used the headphone on shoot-em-ups zombie games and it brilliantly reproduced the explosions and gunshots. That says something about the bass-response of the drivers.

As the entire headphone is built with flexible plastic, I almost expected it to break as it stretches over my head. Thankfully, the headphone not only survived but remain unscathed even with some rough handling.

Considering that the Sony MDR-ZX110 retails for $15+, there isn’t much to complain about the quality and performance of the headphone. It’s a budget-friendly headphone that does well for casual listening.

Besides having trouble in the higher frequencies, the headphone performs quite well in the mids and shines at the bass. The sleek design and the fold-in earcups make it easy to carry the headphone around without breaking off the hinge.

It’s unfair to compare the MDR-ZX110 with the powerhouses, but as a budget-friendly headphone, it more than meets humble expectations.

Read other users’ experience at Amazon.